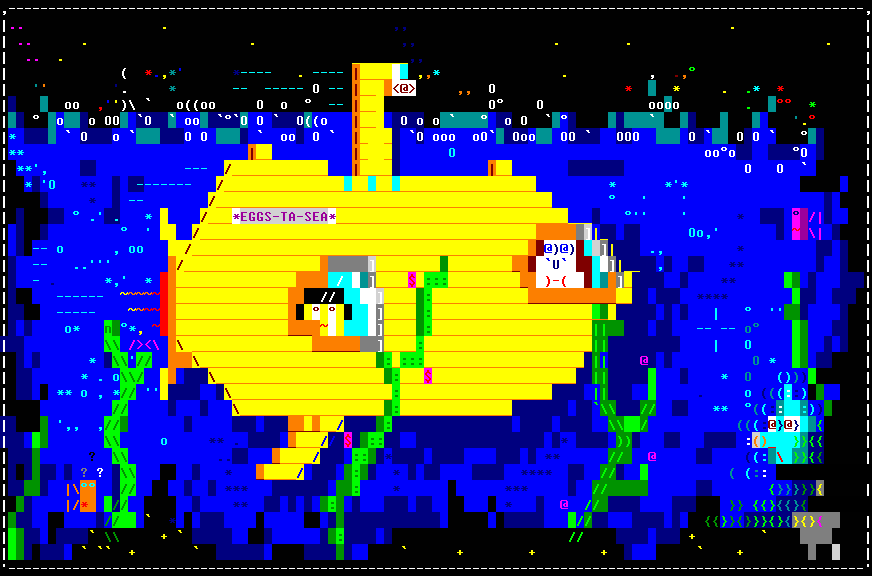 Eggs-ta-sea is our golden submarine. The design was an experimental design built as a private venture by Krupp around 1904 in hopes of attracting a contract from the imperial German Navy.
Although the design proved great success, the u-boat did not attract German naval attention. It fits a crew of 4 people and can therefore be catagorized as a midget submarine. Its a single-hull boat with internal ballast and compensating tanks. Unlike most submarines of this type built around that time, eggs-ta-sea has a diver's chamber to easily leave and enter the submarine and movable forward units for dive control. Through this design improvement, eggs-ta-sea doesn't depend on a  surface- / mothership to launch it or carry it in action and operates independently. It was active from around 1905-1919 and was part of the Russian imperial navy.
Right after the wall came down (German reunification) in 1989 our two club members Solveig Krey and William Bauer got interested in purchasing one of these rare types of submarine from the Russian navy - after several years of negotiations with russian navy and the help of the world wide web that became  more and more popular by the mid 90s.  By 1997 Krey and Bauer succeded in purchasing a submarine and shipping it to our bay : ).
From 1999-2003 Krey and Bauer restored and improved the oldtimer and added a few new features with regard to the history of submarine development.  It serves now underwater research purposes as well as being a living museum of submarine history.

On this website you will find underwater field recordings , documentations and transcripts of under water research as well as logs and control tapes of the eggs-ta-sea .