more fun with youtube New: This project homepage is now http://jollo.org/LNT/doc/pitahaya/ a couple of years back when the 'net neutrality' topic was really active online, i remember seeing these fearmongering illustrations demonstrating how ISPs could become more like cable tv stations.. offering different 'bundles' of sites you could access, each bundle being a particular genre.. social media, news, sports, etc. you could access other sites, but they would be extremely slow and you would have to pay more for full speed, etc. 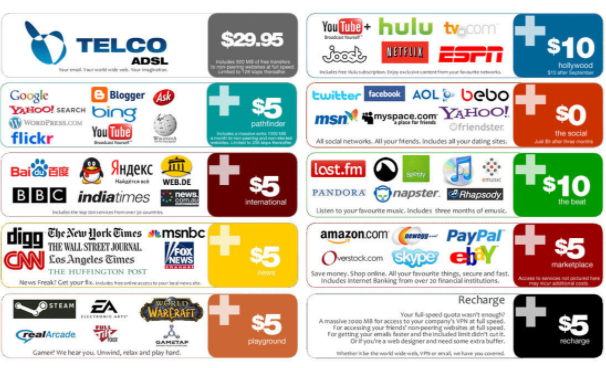 i started thinking about how if that type of system started to happen, and you were essentially limited to only a couple of 'standard' sites by default (at full + fast speed), but everything else was super slow, what kind of stuff could you do to piggyback off of the high speed bandwidth from these 'fast lane' sites for your own purposes? it seems appealing to take advantage of the fact that an ISP or data service provider would be giving you 'unlimited' bandwidth for a particular purpose (e.g. stream to youtube, watch from youtube) but try to go 'off the grid' on the actual site itself using bandwidth in a way that would probably go against what some ISP would consider to be an 'acceptable practice' if they became aware of it.. i.e. building/abstracting a new layer on top of the site itself. and could the new layer be implemented in a way where the service might not even be aware a new  abstraction layer exists through like using steganography to evade detection etc

i was talking with peef a little bit about using video as a data delivery method and i wondered if maybe this old post on slashdot could be taken a step further and designed with live streaming in mind.

i had tried messing with some stuff using minimodem last year to facilitate data transfer over the audio channel on youtube live but it seemed to kind of max out at 0.15KBps, which would be fine for some purposes (chat, etc) but i was still interested in using even more bandwidth and figured the video channel would be the ideal  solution. 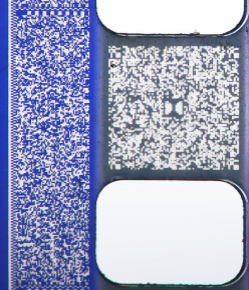 and though how cool that entire concept is.. surely this could be implemented on youtube done in real time and rapidly.

that encodes data at 2.4KB/frame @ 8fps.. in terms of maximizing potential additional bandwidth there are plenty of improvements that could be made.. and also coming up with ways to make this kind of transmission  less 'obvious' that something obfuscated is going on, using color, a whole different type of visual encoding scheme, etc. although in its current state it seems to work just fine. it is fun thinking of the different things you could do with all that bandwidth, more than just music; especially if multiple people were running this type of system at the same time and have them interlinked and communicating with each other.., it seems like endless possibilities. for now this seems ok though.. more to come soon