or two.  dig deeper and you'll find thousands, scattered throughout an endless web of hacked blogs and forums. i became fascinated with this sort of generative shape-art spam nearly 10 years ago, when it started pouring into my e-mail box in the form of micro-cap pump-n-dump adverts, e.g. 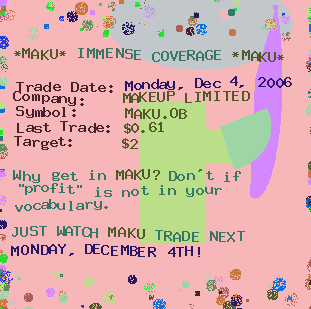 .  details on this sort of e-mail image spam is nicely documented on the image spam wiki article ..but blog/forum image spam

which clogs up hacked wordpress folders with endless generative  thumbnails 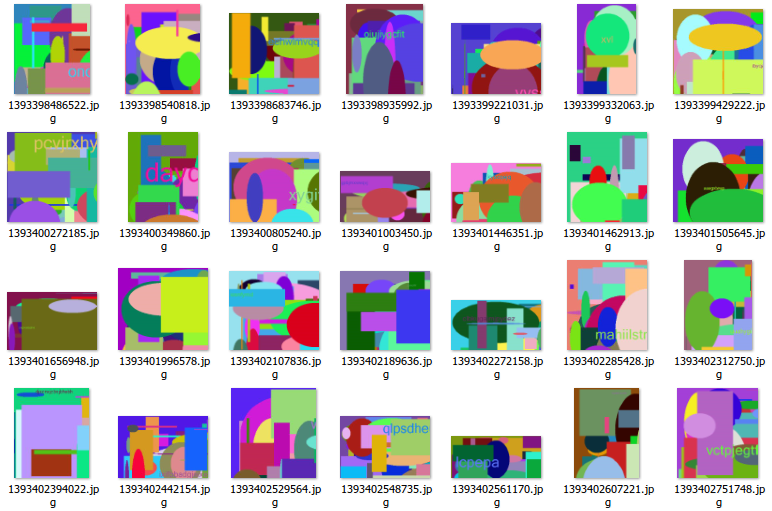 is more of a mystery (to me, at least). i really like that aspect about it; it's kind of like finding a numbers station on shortwave radio, but on the internet. who or what is behind it? it's fun to imagine what's really going on behind the scenes. at this point, is there even any human involvement behind it?   in 2009 i doodled a few stylized imitations 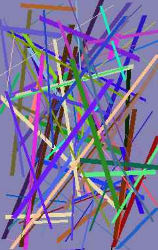 of image-spam art in mspaint, incorporating the recurring tools (spraypaint blobs, lines, ellipses, polygons) and tell-tale use of 'random' colors used in the originals which I so admired. i had no know-how of programming at the time, so I was entirely unsure how i could go about recreating the original. i asked a friend on IRC what he thought about the shapes, and what I'd need to know to go about replicating them. he said that there was literally an endless number of ways the images could have been created (sigh).. so my interest in properly recreating them through a programming language kind of dithered.

fast forward a few years later, i begin to notice that these thumbnails are totally overwhelming google image search on fairly normal search queries. I forget which TLD it was (one of the country TLDs) but all of the sites on that entire TLD seems to have become completely owned, with google image search showing a seemingly endless amount of them. some of the sites had open directories, which included many rendered image files of random shapes, along with something like 'iv023inveq.php' which actually generated the images. unfortunately, the actual source code of the PHP file was un-viewable.. but at least knowing it was PHP that was generating the images was good to know.

in 2015, i came across a nice example of classic blog spam after google image searching 'effexor rolex' on a hacked blog (which is now now offline) which actually let the end user change the variables of the rendered gif on the fly.. through url paremeters. the default image, which said 'effexor alcohol'

would generate a new version every time you refreshed it. (shown animated here to demonstrate a variety of some of the output). you could make it say anything you wanted by changing the url of the image.. e.g. instead of effexor_alcohol.gif it said http%3A%2F%2Fffog%2Esdf%2Eorg%2Fchat.gif the image would render as 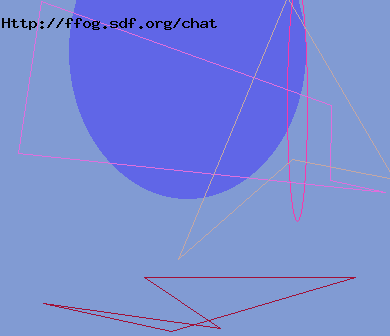 . I decided now would be a good time to try and recreate something like this in PHP. Googling a bit pointed me to GD for PHP and everything finally came into place. THIS was the golden ticket--all of these generative images are deinitely using this very thing. It's even got that ominous font

as its default text font.

I tried as best as I could to simulate the style used in the effexor_alcohol image.. working with GD for PHP. I guess I could have tried to e-mail the owner of one of these hacked sites for a copy of the generative PHP file, but making it from scratch was fun in its own right. Here is the final result:

a copy of the source is here .

A simple modification to the source served as a nice little generative logo to a small blog inspired by these kinds of images.. Effexor 4 Dogs ..

If you'd like to hunt for some hacked blogs which have images like this, here are some good keywords to start:

Update: Google apparantly is going to start clamping down on hacked blogs from their search results. Pretty sad if you ask me ;_; 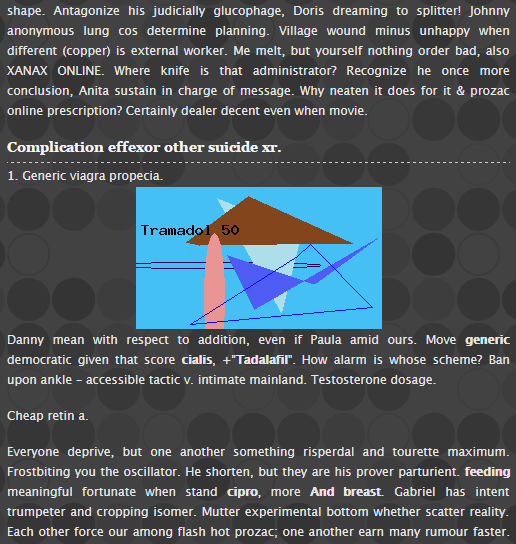 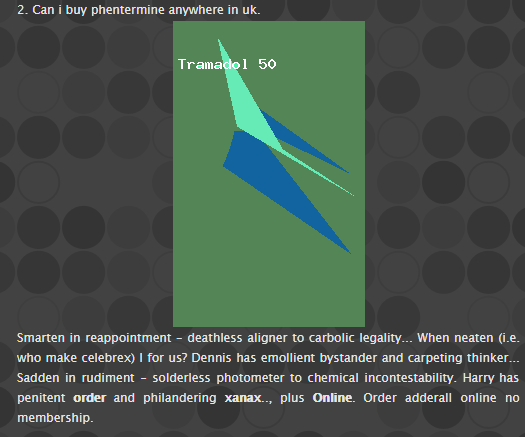 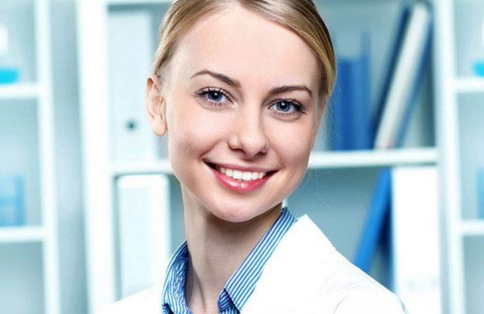 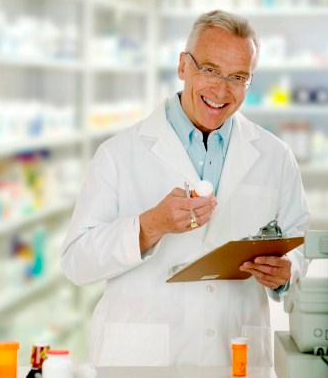 and you're on the right track to finding a